The Psychology of Why You Hire for Culture Fit, Not Technical Skills 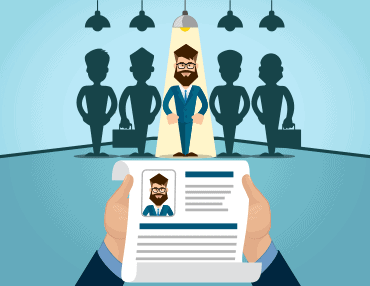 The average candidate search reduces prospects down to the misleading details. Technical skills are meticulously picked apart that frankly may not matter in a few years. Though programming languages like Java, C++, and C# have enjoyed an extended shelf life, other languages have been retired by superior replacements (how many companies still want LISP or Fortran?). The truth is that no technical skill will remain relevant forever.

Culture, on the other hand, is written into a business’s DNA. What makes for a good cultural fit now is more likely to be the same in five, ten, and fifteen years. Hiring employees for culture fit increases the chances of authentic engagement, productivity, and collaboration. And the psychology behind a candidate’s personality suggests that hiring for culture fit may be a better long-term solution.

Personality Is Mostly Fixed but Can Be Acted Against

Some of the main factors behind a candidate’s cultural fit are personality and temperament. When those attributes align, businesses experience an easier onboarding process. Team collaboration is more fluid and more natural. Employees working in an ideal atmosphere get closer to their productivity peak. Though a candidate sans a solid cultural fit can deliver similar results, he or she will be working against their innate nature.

Famed psychologist William James once said that “in most of us, by the age of thirty, the character has set like plaster, and will never soften again.” As it turns out, a considerable chunk of our personalities are encoded in our genes. Author Brian Little states in his book “Me, Myself, and Us: The Science of Personality and the Art of Well-Being,” that roughly 50 percent of the dimensions of our personalities have a genetic component. Introverts and extroverts take shape before birth. Other attributes are equally predetermined.

Why is this important when hiring? It is a reminder that much of a candidate’s underlying personality is die-cast. Though he or she can make a conscious choice to act against personality type, and we all do from time to time, there’s no changing the nucleus of that person. However, acknowledging that someone is capable of acting against their personality type can be a great advantage while hiring.

Numerous interview questions already determine a person’s cultural fit by measuring their personality, ideal working conditions, temperament, and need for oversight. Those are all incorporated in the typical interview repertoire. But what is not given due consideration are questions like this:

When is a time you acted against your personality type and what were the outcomes, good and bad?

This question fleshes out the cultural component. For starters, his or her answer will express a core element of his or her personality. It will be a more or less candid representation of who they are. Additionally, the response will prove whether or not a candidate is malleable enough to make accommodations to fit the situation.

In the end, hiring is most effective when the candidate is evaluated from a holistic perspective, technical skills and cultural compatibility measured with equal scrutiny. That does not mean that both will always be considered at a one-to-one ratio, but the engrained psychology of a candidate’s personality should never be overlooked. Businesses should be judicious about the questions they ask to determine that both technical and cultural criteria are met. By asking the above questions and considering candidates’ responses, a business can confidently gather all the necessary details about a prospect and clearly identify which person will make for a lasting member of its core team.