Should You Be Following the TIOBE Index?

Success in the IT industry, more than almost any other, requires businesses to be in a constant state of renewal. New technologies emerge, experience their rapid rise, and eventually are displaced by a newer, better tool. It is a cycle that every business deals with in the fight to remain up-to-date.

Often, the greatest difficulty comes from identifying technologies on the cusp of going viral. Investigating, selecting, and acclimating to new programming languages or frameworks can be a full-time job. Any resource that can streamline that exploration process is worthy of consideration. Is it possible that the TIOBE Index can be a shortcut to remaining on the cutting edge?

What Is the TIOBE Index?

In a nutshell, the TIOBE Index is a list of programming languages ranked by their popularity on a monthly basis. The TIOBE Software Company has issued their rating system since 2008, measuring a combination of factors (qualified talent, relevant course listings, and 3rd party vendors boasting the language) to determine which is most popular. Within those parameters, they review the most used search engines to get their results.

Is It An Accurate Indicator of Programming Trends?

There are definitely signs that the TIOBE Index is an accurate indicator of a given programming language’s rise and fall.

Let’s look at Objective-C. It rapidly rose from obscurity at the end of 2009 and ascended to the number three spot by the end of 2013. At the time, iPhone apps were becoming a lucrative pursuit. The decline of Objective-C at the beginning of 2014 came in part from the integration of Swift into more Apple products and the rising popularity of Android development (which uses Java heavily).

Other languages have visibly ascended the ladder on the TIOBE Index. Swift has jumped 5 index rankings in the last year as more developers adopt the programming language to supplement their Objective-C Skills. And R has become more prominent as data analytics and statistical computation programs further pervade the business world. In the past, you could even see the spread of Perl, Python, and Ruby as their popularity increased.

On the other hand, it is clear when a programming language is receding into obsolescence. The TIOBE Index provides a historic view of programming language popularity and has tracked the steady decline of Fortran, Ada, and LISP. Most are now only used in niche scenarios (scientific applications for Fortran, AI for LISP) or on extreme legacy technology.

The downside is that emerging languages take time to build up momentum online. By the time a programming language is accepted on the TIOBE index and moves to the top 20, where you the most complete data is provided, it may too late for early adopters. However, by regularly checking the list and tracking the languages on the lower end of the spectrum, a business can still get the edge on the competition.

Alternatives to the TIOBE Index

Just like any ranking system, the TIOBE Index is not perfect. There are those who feel other ranking systems are a better litmus test for emerging programming languages. The RedMonk Programming Language Rankings is occasionally cited as more accurate as it culls information from GitHub and Stack Overflow. Though it is easier to look at previous RedMonk lists, the Rankings are only released on a biannual basis.

Currently, the top of the RedMonk Rankings varies from the TIOBE Index in a few ways. For starters, it includes JavaScript and CSS (both of which are absent on the TIOBE Index). Moreover, it ranks Ruby, PHP, and Python higher than C and C++. Since the RedMonk rankings is limited to GitHub and Stack Overflow, it makes sense that these web languages are towards the top.

In the end, the TIOBE Index and RedMonk Rankings each have their limitations, but both together can provide a more complete view of the popularity of programming languages, helping companies and IT professionals stay close to the cutting-edge. 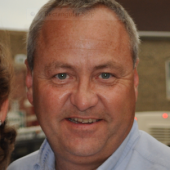 Mark Harrison, Managing Partner of Platform Staffing Group, has been in the IT Staffing and Solutions industry since the mid 1980’s. He has placed thousands of consultants in hundreds of companies during the course of his career.

Read our report on data security breaches. Because it’s not an issue of if, but when!